Our Lungs, Our Fatigue 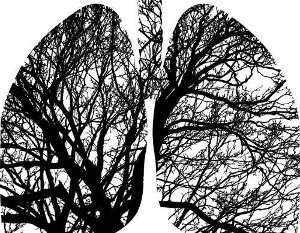 Just recently after a busier than normal Summer and a whole lot of changeable weather, I came down with a bit of lung congestion. What was my first clue? Well, the fact of the matter is that a cough was only my second clue. My first clue was a tiredness that was beyond normal sleepless nights and no exercise.

What is a Cough?

A cough is our body’s way of getting infections out. In fact, our whole household was coughing a bit this Summer.  It was reassuring that my children have such fine and healthy sounding coughs and short-lived bouts of it.

In Chinese medicine, we would call this a lung problem of the excess kind.  Outside forces, viruses and or bacteria attacked the compromised immune systems of an otherwise healthy body. In the end, we took some Chinese medicine that lubricated the dry phlegm. Then we did a treatment to help assist the expectoration process.

But fatigue, the kind when all of our volition for life is gone, is often because of deficiencies of the lung. A person who grows up wan and pale and listless, incapable of doing too much, often has a sunken chest, a sign of poor lung development. The chest may also look quite expanded as in the case of an asthma victim. I suspect that many or most chronic fatigue patients, ultimately, are people who don’t get their proper intake of  Qi”( pronounced chi) from air.

The Roots of Lung Insufficiency

All things are cyclical and interdependent in Chinese medicine.  Most often it is not finding out whether it is the chicken or the egg that is the cause. I is to note that lousy chickens make lousy eggs and lousy eggs make lousy chickens. By this I mean that it does no good to look at the lung by itself. We must look at its interdependent place in the body structure as absolutely essential.

When I was in Japan, I treated a young boy of nine for emphysema. One day after a session his mother conjectured that my advice would be to make sure he didn’t do much exercise. I saw that the boy wanted to play and had reasonably good health otherwise. I told her that playing to the limit of his capacity was almost essential to overcoming his problem. The boy smiled. He had many a rough go in the process of creating good lung capacity, but eventually completely outdistanced his problem.

The Spleen, The Kidneys and The Lung

If I had seen that the lungs did not have good bodily support, my advice might have been different. Our lungs bring air into the body but it has no other means of nutritional support of its own. The Spleen ( functions of the pancreas and the small intestine) and the stomach must send energy up to the lungs and the rest of the body. If they don't, the lungs will become flaccid and weak. In today’s busy society this nutritional deficiency is often at the root of fatigue problems.

If the person has a hard time breathing out, the problems are with the lungs themselves or probably an allergy.  When it comes on at night or in the Summer and is dry in nature, it is possibly the yin forces that are weak. The problem may be cold and damp induced, so it is the yang forces that need to be supplemented. Fall is a particularly drying time and the lungs hate to be too dry. Our skin, in turn, will become dry. So, stay healthy, eat well, and dress for the weather.

The Lungs Govern the Skin

As the lungs govern the skin of the body, lung problems and skin problems often coincide. If because of some stressful situation we develop eczema, we then we may associate it as our stress organ, the liver, attacking the lung. By calming the liver and tonifying the lung through the Spleen, we may help the eczema. If it is psoriasis, it shows that dampness got past the lung’s first line of defense temporarily, but thereafter settled in the skin. Again we may tonify the lung through the Spleen and seep the excess dampness to take care of the matter.

The Lung's place in Our Health

The Lung is a relevant part of the cycle of energies within our bodies. When there is no exercise to increase breathing, it will not help the dynamism of the other organs in the system. When it is compromised by pollutants or poisons it is a weight on the entire bodily health picture. When other  parts of our body are not functioning well, it can suffer as we have described above. What is most important is to know that it is not to be regarded strictly by its own merits, but by its interrelationship to the rest of the body-mind. 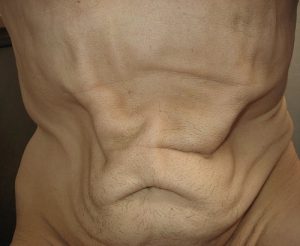 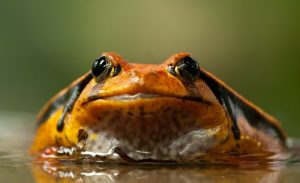 The Swamp Inside Us

Articles The Swamp Inside Us “No, I’m not really thirsty, but I try to drink lots of water,” is something that I hear all the time. I look at their nails; they’re pale. They are…