Kidneys In Support of Everything

About two years ago, a person whom I knew in a different context came to see me. She was about to have her seventh child at the age of thirty-eight. She told me that she had phlebitis as diagnosed by her doctor. This aroused concern about carrying the baby to term with this particular problem so prevalent. I was suspicious since I knew her to be a vegetarian and not a very stressed person. Phlebitis is a disease where the blood becomes so sluggish and thick that it has a hard time returning up the leg.

A Lack of Kidney Energy

Within minutes of talking to her in the diagnosis, it was easy to see it was not a problem of too much blood stuck in the legs. It was a lack of kidney energy. She thought she was coming to see me to have acupuncture to take away the pain and problem. Considering her budget, I cut right to the chase. “You don’t have phlebitis,” I told her, “your problem is one of deficiency. Your kidney energy is almost all depleted.” She was surprised and pleased that she didn’t have this ongoing debilitating disease.  She was dismayed, however, that I didn’t offer her acupuncture on the spot, which is what she was prepared for. Instead, I said she would need herbs.

I’m sure that because she was pregnant, she was worried.   She thought of using herbs in the pursuit of diminishing a pain response as something with aspirin-like or painkilling qualities.  Concern showed across her face. I explained to her that the symptoms she described with pain down the backsides of the legs, the tiredness and the sweating at night, were all clear signs of a kidney yin deficiency. and the only way to rid herself of the constant ache in her legs was to bolster the system. A week later she was pain-free.  She reported later that is was the best pregnancy she’d ever had since her first one.

The Kidney in Chinese Medicine

In Chinese medicine, we think of the kidneys as the origin of energy. It is the platform of energy reserves that all our vitality is built upon. It encompasses the formation of not only the urinary response but of the sexual response as well. If insufficient, our blood can’t warm or cool us adequately.  The bones, in particular, become weak and painful. Its partner is the bladder.  The bladder meridian courses down the low back, especially the backs of the legs, the knees, and the ankles.  The course of the spine and the back of the head will also be affected. To some extent, even our thinking will become dull and we will find ourselves unable to control our fears to any stable degree.

Cold and Stiff In The Mornings

Yang energy is energy that is symbolic of the response of the body to optimum daytime performance. During the day we should be warm and able to move, that is unless we are kidney deficient. So many of our patients wake up in the morning stiff and unable to move very well. Moreover, some of them wake up with a headache in the back of the head. The very hallmark of any kidney problem is an ache in the low back, and often, this expands to the knees and ankles as well.

In the Winter, is the time that challenges the kidneys the most. The patient may find themselves extremely cold to the possible level of absolute abhorrence or fear.  They may also find themselves urinating virtually all the time and except for the presence of vitamin color, the urine will be largely clear. If they are extremely cold internally clear fluids may also be seen through a running of the nose or watering of the eyes. The area under the eyes may even begin to darken and in extreme cases, the skin may almost seem translucent.

Sweating and Restless At Night

As the evening comes on, our bodies should naturally cool down and we should be seeking warmth. At the same time, we should feel relaxed and serene. So many people find themselves more ravenously thirsty at this time. In a sense, they are more agitated and have a difficult time finding restful sleep. The crowning touch is that they end up kicking off their covers and may sweat a good deal. Some have to do a complete change of clothes in the middle of the night.

Frightened and Fearful, With A Lack Of Will

One of the true hallmarks of someone whose kidneys are weak is that they become more and more fearful and anxious. In the extreme, they become more apprehensive about things that might happen. Increasingly, they become afraid to delve into the unknown and more content to stay at home and not venture out. Moreover, in the Winter season, the kidneys are taxed the most.  Many people tend to lose any sense of willpower and fall into a funk, if not a depression, making kidney deficiency one of the major factors in Seasonal Affective Disorder. In fact, we often trace the decline of the kidney energies to some great fright in their lives from which they never truly recovered from. I may have been so great that they were unable to surmount it ever, emotionally or physically.

People, of course, will come to see me when they have some kind of joint pain, most often the lower back, and want acupuncture to just take it away. While it can be good in the very short term, often it has no effect at all if the cause is a deficiency of the kidneys. The best remedy is to build up the kidney energy and the pain can go away.

Many forms of arthritis and bone deformation are actually a lack of bone formation and health.  This may have begun at a time when they were young and kidney was deficient. I see this especially in young women who are prone to bad nutrition and constant dieting.  I try to remind them that the time is now as they may have little chance to increase bone mass after the age of twenty-five or so. Patients of mine ask about what can be done for older relations or friends who are suffering from crippling arthritis. When they see poor diet regimes and proclivities for sedentary lifestyle choices as normal, we may have to decide that there is nothing that can be done. Yet, when the patient is asking for themselves and willing to gain what they can, small measures to the good can mean a great deal to the intensity of pain and joint preservation.

Energy is energy and the Kidney energy is the very platform of energy.  A diminishing loss or lack of libido is most often a symbol that the kidney energy is insufficient. Of course, there are other reasons, largely emotional, that cause one to lose interest in sex. But a gradual decline in interest is often because of a subtle loss of kidney energy. Ironically, in the opposite case, where interest in sex goes overboard, a decline in kidney energy is often the result. We are seeing this more and more as many people go on sexual binging and result in a deteriorating low back and extreme lethargy.

Because we naturally lose kidney energy as we grow older, lack of sexual interest is often blamed on age. The overall point to emphasize is that part of maintaining health as we age is paying attention to our kidney health. This has a lot to do with our basic focus on nutrition and exercise. When they fall behind, a lot more people are turning to Chinese herbs or acupuncture to put themselves back in line.

One of the great mysteries to us in the west is understanding the relationship between the full function of our bodies and our emotional well-being. Most of us won’t have the opportunity to embed this kind of understanding until we reach some kind of crisis point. One can only hope that this doesn't become a deeper critical problem in someone’s life. When there is a will, there is a way. This way is sometimes hard. But regaining this base of energy is the basis of all health, both physically and spiritually.

Articles Back Pain Of all the conditions people think of when they think of acupuncture, back pain is probably number one. Sure, we all overstretch, twist too fast or even sleep the wrong way and… 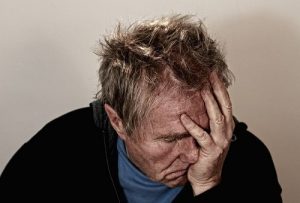 Headaches And Migraines In The Zone

Articles Headaches and Migraines – In The Zone You would think that if you had a headache or a migraine, there would be something wrong with your head, right? Well, yeah, when there is a… 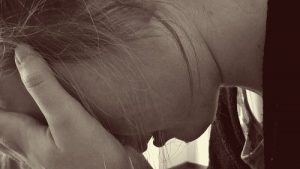 Articles Tiredness Lots of people come into the clinic saying that their main complaint is that they’re tired. Since holistic health care has largely become a do-it-yourself trip to the health food store, or the…