Illnesses and Their Related Events 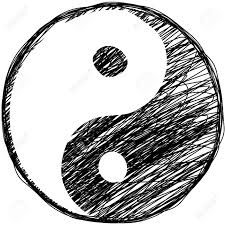 One of the things that keeps me in trouble is the fact that I don’t see illness or dysfunction as an event all on its own. I see those chronic illnesses as an extension of who we are. Healing means change. I know, I harp on the idea that we live in a world with an “aspirin” or “band-aid” approach to the symptoms of illness. But getting someone to heal using their own energies and the nature of their body-mind, is really the only thing that separates us from the predominating western medical model that tries to resolve symptoms by dominating the nature of the body and the mind. This way, in the long run, we don’t ever resolve anything and eventually, this catches up to us.

I recently had a couple of diagnoses that brings the point home quite clearly. The first one was a professional who has been quite successful, but to his own admission at the risk of a lot of stress. He had put two of his children through professional educations and was guiding his third onto another career path, all which required a lot of money. He’d had a busy morning and then caught a flight in the afternoon to be with his wife and daughter where they were on location in the Sun Belt of the United States. He remembers that he had a hard time settling down on the flight and was still a bit tense when he got there. Something having to do with his wife’s driving had resulted in damage to their car that was going to cost a lot of money to fix. Somehow, this was too much and way beyond his control.

Part of the normal process of controlling his stress are antidepressants, sleeping pills, blood pressure medications and another special medication to control bouts of rapid heartbeat or tachycardia. He has resolved himself to feeling quite normal about the idea of using this as part of his coping regimen for the rest of his life. Anyway, when he awoke the next morning, he discovered that he had a pronounced numbness on the bottom of his feet, a condition which we call a neuropathy.

I tried to tell him that it is obvious that this is the extension of his ongoing level of stress. He had just gone over the brink as it were and that these physical changes were merely the continuation of his being unable to control his level of emotional stress. I tried to infer that perhaps his stomach had prolapsed a bit more and that because of the increased level of continuous stress, increased levels of cortisol and glucocorticoids were in the bloodstream.

This could have led to some level of further claudication, clumping and blocking of the small capillary beds in the furthest reaches of his body, his feet. I could have
also allowed for extra high levels of circulating glucose in the bloodstream which could have caused the same thing. All these things are possible and quite probable leads as to what happened, and what has to be done to reverse the problem. I always try to point out that the doorway into a disease or chronic condition or sickness is also the doorway out.

Because the consequences also represent choices in his life, I’m sure that he felt that we were just allocating blame, but this was not my intention. Certainly, I could have gone through the charade of sticking needles in his foot, which is probably what he expected, but experience has shown me that we are probably setting ourselves up for failure and I fear more that we were closing the door on hope of resolution of his symptoms and leaving him further disparaged about changing his condition. I would rather have enjoined him in the endeavor to reverse the path of destruction that his life seemed to be taking. I don’t think he had the time.

The second case is of a woman who had a lot of things happen to her. A team of neurologist told her just recently that what she is experiencing is epilepsy-like and if it were so, it would be in the temporal lobe. Even the neurologists were not really sure about it because he saw no signs of a lesion there, but they gave her a lot of meds for it anyway (see related article Diagnosis: What’s in a Name).

I wanted to hear her history. Here is the jest of it: Fourteen years ago she had a baby, the first after losing four in miscarriages. It was a hard labor and a difficult birth where she lost a lot of blood with a difficult recovery. A year later, her husband died and eight months after that her father died and when the grieving was over, she had her first such episode.

A constant theme or problem had always been that most of her symptoms were on her left. Any of my long-term patients would see right away that this is a symptom that involves prolapse of the stomach (see article: Sinking Feeling…). She admitted to being a typical Type A teenager, a high achiever who was very concerned with image. I believe this is where the problems with the stomach started. I believe falling of the stomach is a constant theme in miscarriages and extremes of morning sickness.

All of this sleuthing with this kind of roundabout explanation seemed quite strange to her. I’m sure she would have liked to hear a more straightforward one-word answer to the question of:”What have I got, Doc?” But we are individuals and the path each of our lives take is different. Appropriately, the path to our sickness or dysfunction is different and needs a different and unique kind of understanding.

We cannot separate the path of our illness from the path of our lives. There is always a time in our lives where the body will come to us and say that it is time to solve the path of our lives. Dr. Tad James explains it this way: When bad things happen to us we pocket them away as we are supposed to and get on with our lives, no matter how bad these things are. In our society, this is what we are supposed to do. If a woman is raped or abused, she doesn’t stop living; she pockets this away and gets on with life. But eventually, the subconscious is going to come knocking and ask you, “Are you ready to take care of this now?” We almost always say ‘no.’ We stuff it down and drive forward in life, and after rejecting confronting it many times, it comes to us in sickness and declares to us that now is the time we have to take care of the problem. This is not always as clear to us as it is in the above two examples, but eventually, it is a significant part of our health picture.