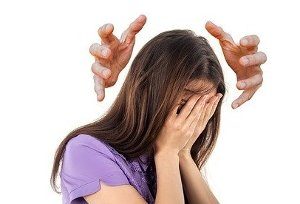 You’ve just woken up and it’s already there…tight chest, shallow breathing, and dread. You are in the midst of another panic attack.  Either you can’t think or you are thinking of everything at once. If anything your view of the world has focused down to a single dot.  For the moment it’s like being trapped in a very small box with no way out, and you want out…. yesterday! Anxiety is the pervasive condition and a panic attack is the crisis point.

If you have had a history of either panic attacks or anxiety, you are probably already finding solace in some antidepressant or SSRI.  You might feel a bit threatened by being lured out of their protective haze. It doesn’t take much to remind you of that tight-chested feeling of paranoia, that feeling of chaos all around you. Your heart pumps wildly, while you are absolutely unable to foment a single clear thought. It is certainly not something you want to go back to. Nor would you venture to trust someone that just tried to explain it because to you, it is bigger than that.  It is an adjustment your body has made to your mind, that seems to make it increasingly ever present.

You’d probably find it more familiar to have someone determine that you are certifiably nuts. Of course, the questions I think you should be asking are whether the meds are actually curing the problem. Are they just allowing you to live in a condition oblivious to the imbalances that persist? Will you ever be able to function without them?

Most of modern medicine is starting to realize that all maladies are a total physical response. They are a function of both the body and the mind. Now we are accepting the reality of mind/ body medicine.   We can no longer just see something like a panic attack as totally “in your head." I know it sounds like a broken record when I say it, but in Chinese Medicine, we have never separated the head from the rest of the body.

Who Is Affected by Anxiety?

The stomach and the spleen are the centers in the body most affected by over-thinking and over-concern.  This points the finger most often to just the type of person that suffers from such anxiety and panic attacks. Typically, these people feel the need to hold a certain amount of control over their environment.  Assuming a higher level of responsibility has always been a quality that a person may hold in high regard.  However, this could be bad if they have always been fearful that something could go wrong at any turn.

They may need to maintain a very strong vector of control and order in their world.  But, they may find themselves a little upset if things don’t end up going their way. Of course, no well-ordered world is going to last forever, and so when things start to crumble, so also may the precarious balance of the body-mind.

The Physiology of Anxiety And Panic Attacks

Most of us have had occasion to find ourselves worrying about something and then grabbing our stomachs. Our stomach is like a balloon which is held in place by vital energy or Qi (pronounced chi).  We may worry too much, be too apprehensive, do too much thinking or just stay in our heads about what we have to do in general.  This interrupts the Qi of the stomach, and it just falls (see article: A Sinking Feeling in Your Stomach). In fact, all the digestion becomes dampened and sluggish and we fall into a vicious cycle. We may lose our appetites or eat to quell the stomach.

The body and the mind are not separate.  This reflexively causes us to be more prone to worry and think too much once the stomach is down or prolapsed, and the digestion is compromised. In fact, as all of these factors progress, we form a true inability to cope with the runaway nature of our thoughts. Another factor is what we call Kidney deficiency (see article: Kidneys in Support of Everything). A depletion of Kidney energy will mean a depletion of our basic supportive energy. A lot of people I see today have lived a good portion of their lives being this level of deficiency.  They are barely coping but never realize it.  The worry and non-function of the digestive system over time would mean that we were getting less from our food.  This eventually causes a type of deficiency of core energy to evolve which we would call kidney deficiency.

Into the Pit of Anxiety

At any rate, when we are this kind of deficient, we are more prone to be fearful and easily frightened. Most things seem to become insurmountable and too challenging to begin to deal with. Everything that is not familiar to us seems like a major calamity. So, with the stomach and the kidney energy in such a state, we are abnormally prone to being worried and scared at the same time. Now, enter the Liver. The Liver is our aggressive organ (see article: Your Right Side, Your Liver).

There is an interrelationship between our organs; a balance that can be precarious. At any rate, when the kidneys and the stomach energies are weak, the Liver becomes imbalanced at the slightest provocation.; a little like the bully in the schoolyard.

When the Liver is overwrought, it will cause the chest to feel like it is closing in on us. Our quality of sleep goes down so that we will sleep lightly or even wake us up during the middle of the night. At night it may even attack the heart and cause dream-disturbed sleep and sweating or sadness of spirit in general. We may even become generally irritable.

Put It All Together

I guess I am trying to say that all or part of this could end up being anxiety and ultimately, a panic attack. It is hard to describe the pattern for everyone who suffers from anxiety.  The way we come into this state is not ever the same for any two people.

For some people, the anti-anxiety medications are all the answer they need. They see coping with life under the control of some pill as perfectly normal. However, these days, I find myself writing for people who are looking for the kind of solutions I offer.  The ones where they can see themselves in a pattern of dysfunction and are searching for a way out without medication. These are the people who want to solve their lives, body and mind.

They realize that using a stopgap remedy has nothing to do with retaking control of their live.  Returning themselves to mind-body health becomes the goal. The mind and body are one in the same. A depression or a stagnation of the mind, or an unbridled fear, when uncontrollable, are extensions of the body that houses it. If we don’t treat both the mind (see article: Emotional Allergies), and the body as two sides of the same problem, we will never get out of the vicious circle. 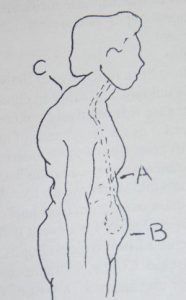 A Sinking Feeling In Your Stomach

Articles A Sinking Feeling In Your Stomach, Stomach Prolapse Some emotional crisis happens and you immediately grab your stomach. You exercise all the conscious control you can to say that the incident is inconsequential— but…